How can we help you today?

Location is not updating on iOS Print

When the location is sent

Planado sends locations to the server in two cases:

The main method for sending location is the first one. In this case, an assignee presses the En route, Start, Pause, and Finish buttons in the Planado app. Whenever an assignee presses these buttons or makes a photo in the app, Planado tries to get their location. This way you can compare the job address and the assignee's real location at the moment of the job beginning, ending, and for job report fields filling. You will be able to check if the worker was in fact at the client's site and did not try to imitate their work somewhere else.

The second method of sending location is the background mode. For the Planado app to send locations, it needs a few conditions to be true:

1. An assignee must have uncompleted jobs for the current day.

If an assignee does not have any jobs for the current day, the location will not be sent. For locations to be sent, an assignee must have at least one job. 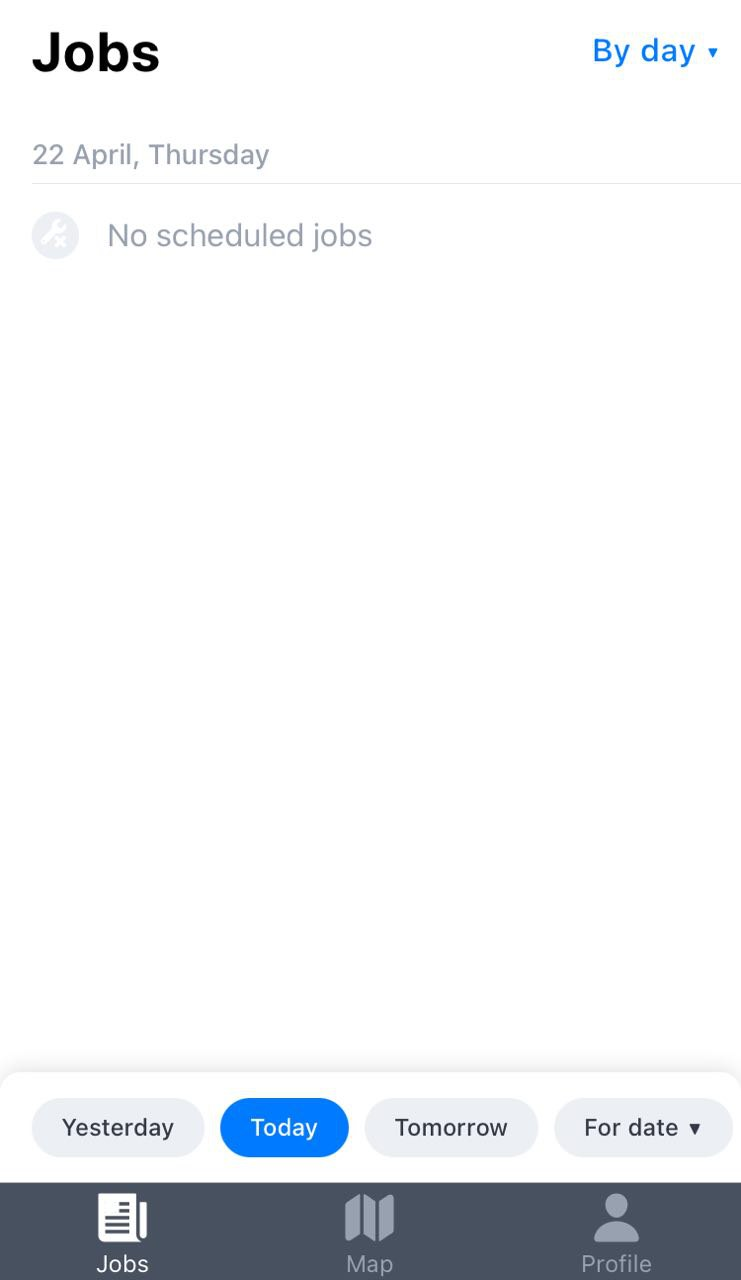 The worker does not have any jobs for a day, location will not be sent.

2. Planado app starts sending location at the time of the beginning of the earliest job.

If an assignee has jobs for the current day and has not done any actions with these jobs, the app starts sending location at the beginning of the earliest job. 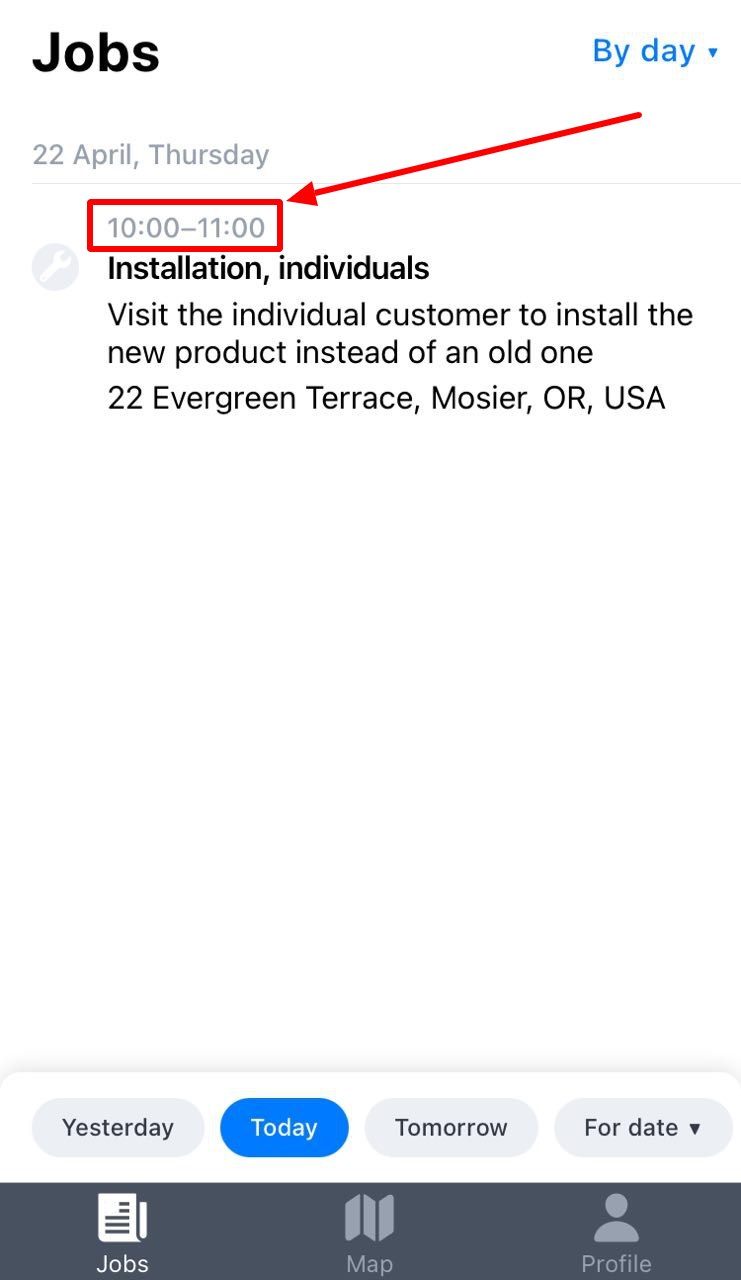 The earliest job is set for 10:00, location will start to be sent from this time

3. The Planado app starts sending location after the moment an assignee changes the job status if it happens before the beginning of the earliest job. 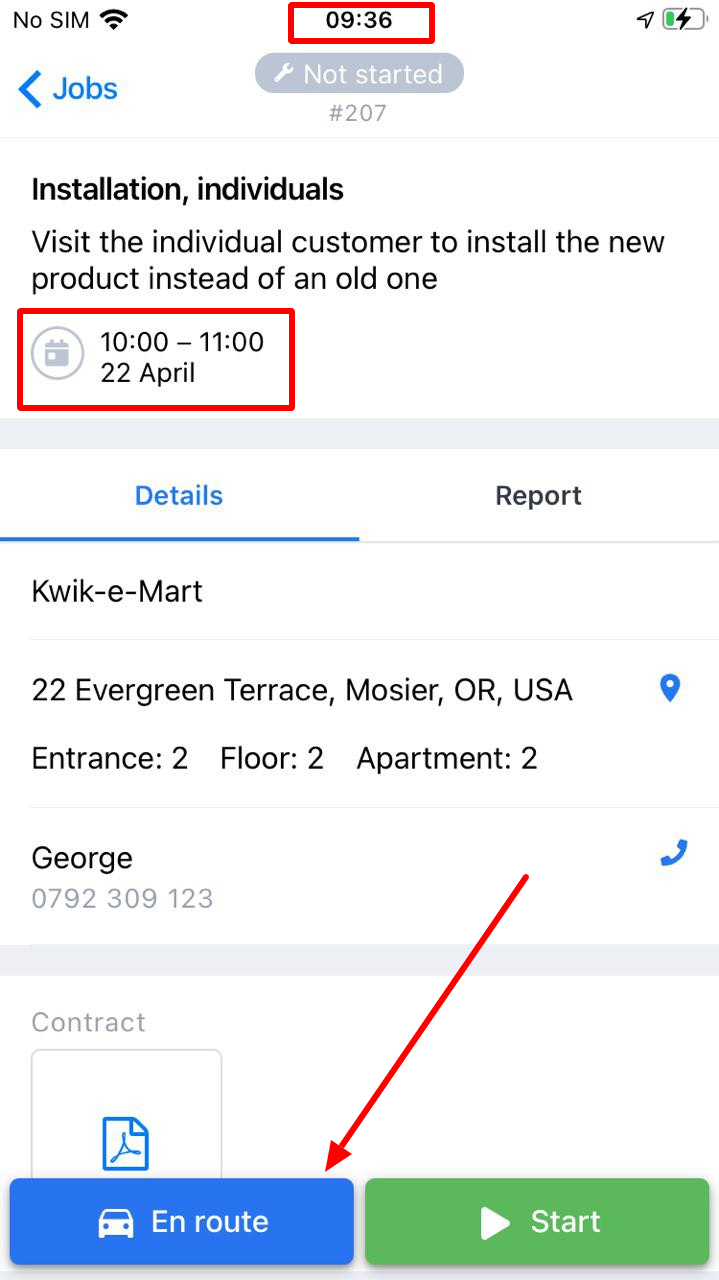 An assignee presses En route before the beginning of the earliest job, the app starts sending locations from the moment of the button pressing.

4. Planado stops sending locations after an assignee finishes the last job for the day

When an assignee presses the Finish button in the last job for the day, the Planado stops sending location. 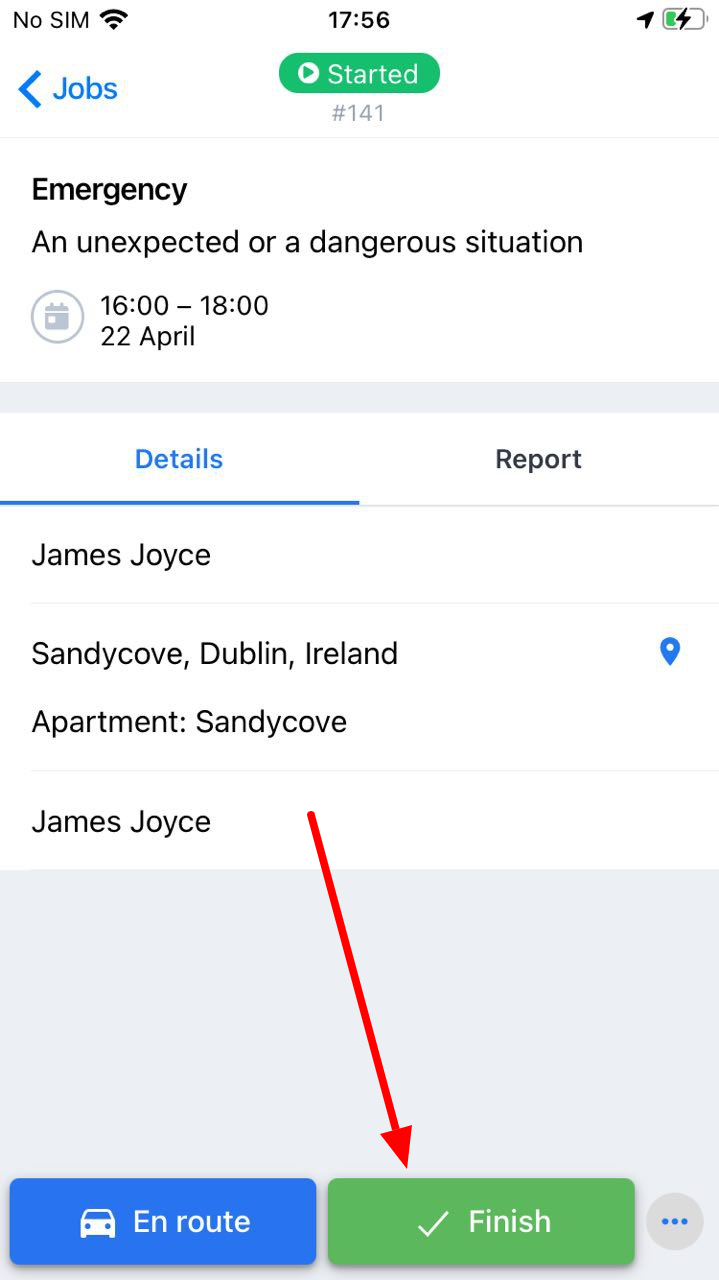 The assignee finishes the job at 17:56, the app stops sending their locations after it.

1. No jobs or all jobs are finished

If a worker does not have any jobs for the current day, the Planado app will not send locations. For locations to be sent, at least one of the assignee's jobs should have one of the following statuses: Not started, En route, or Started. 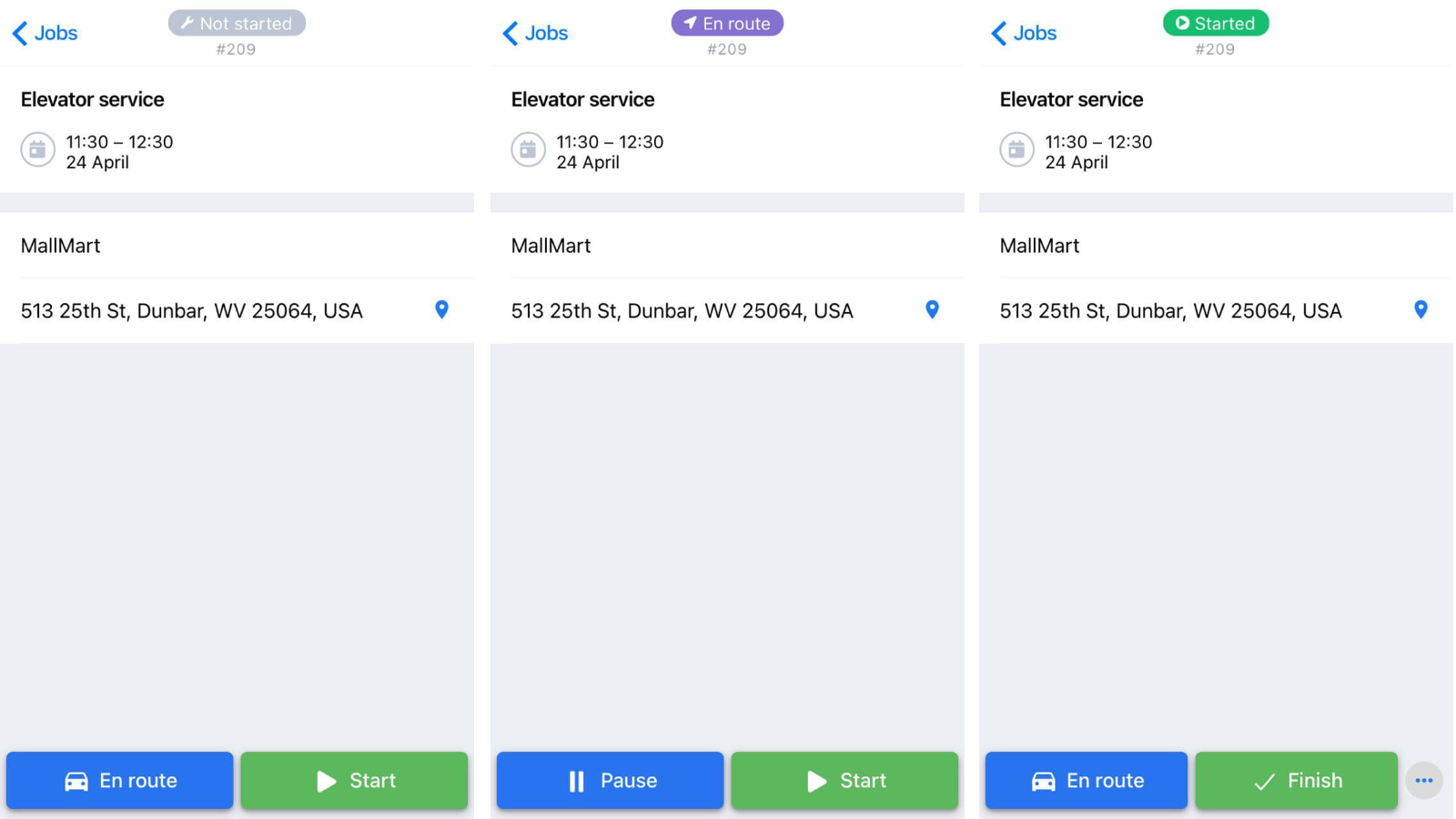 Planado sends locations for jobs with these statuses

2. Location Services are turned off

Locations Services should be turned on for locations to be sent. 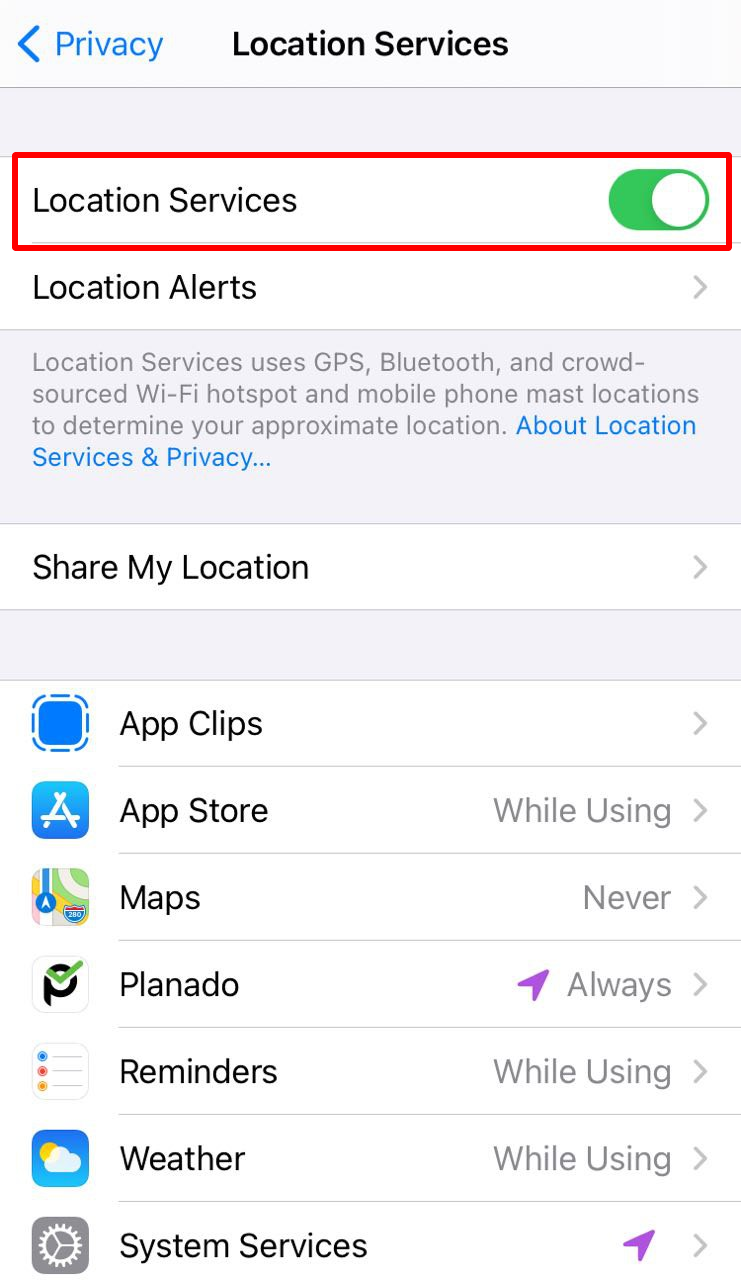 Planado works in offline mode and cannot send the current location to the server. The upper panel will have a message about it. 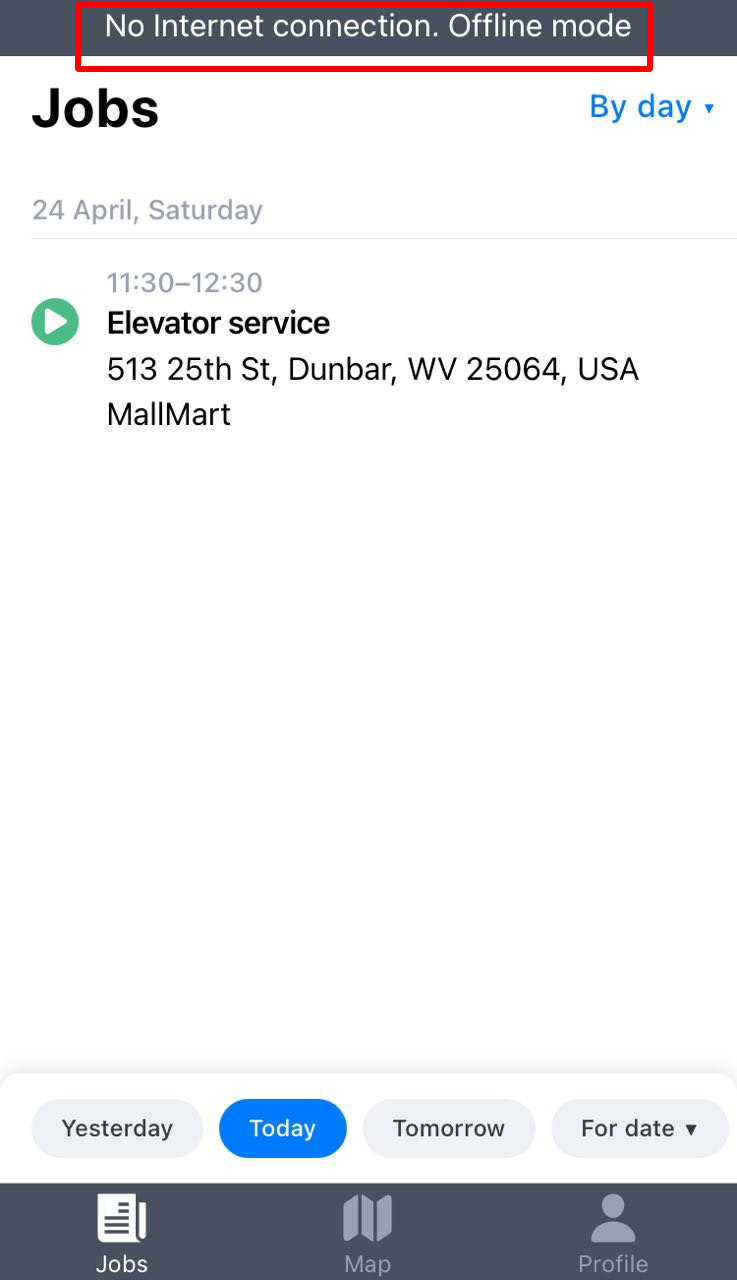 Offline mode in the app

However, even in the offline mode, the app continues to collect worker's locations. After an assignee's phone will be connected to the Internet, locations will be sent to the server and they will be visible for the dispatcher in the web application. 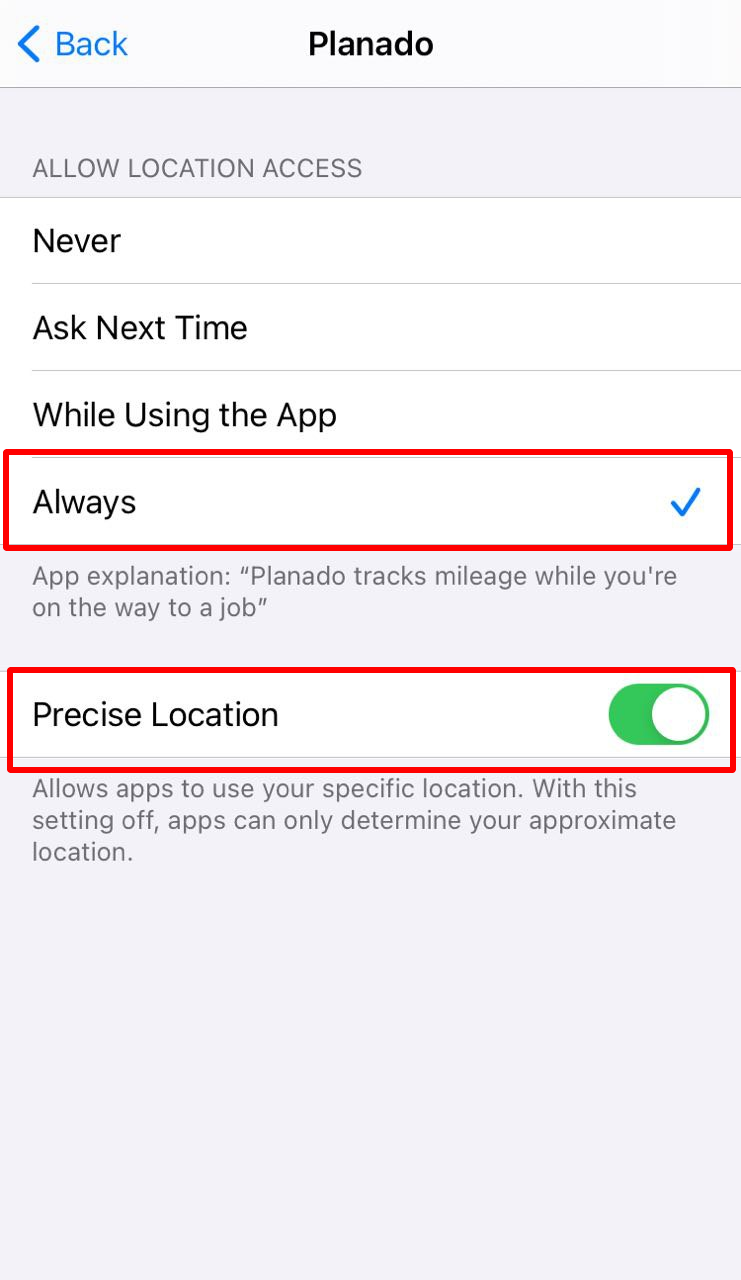 5. A worker has not logged in to the app

The Planado app will not send locations if a worker has not logged in to the app. To log in to the app, you need to open it and enter your email and password. 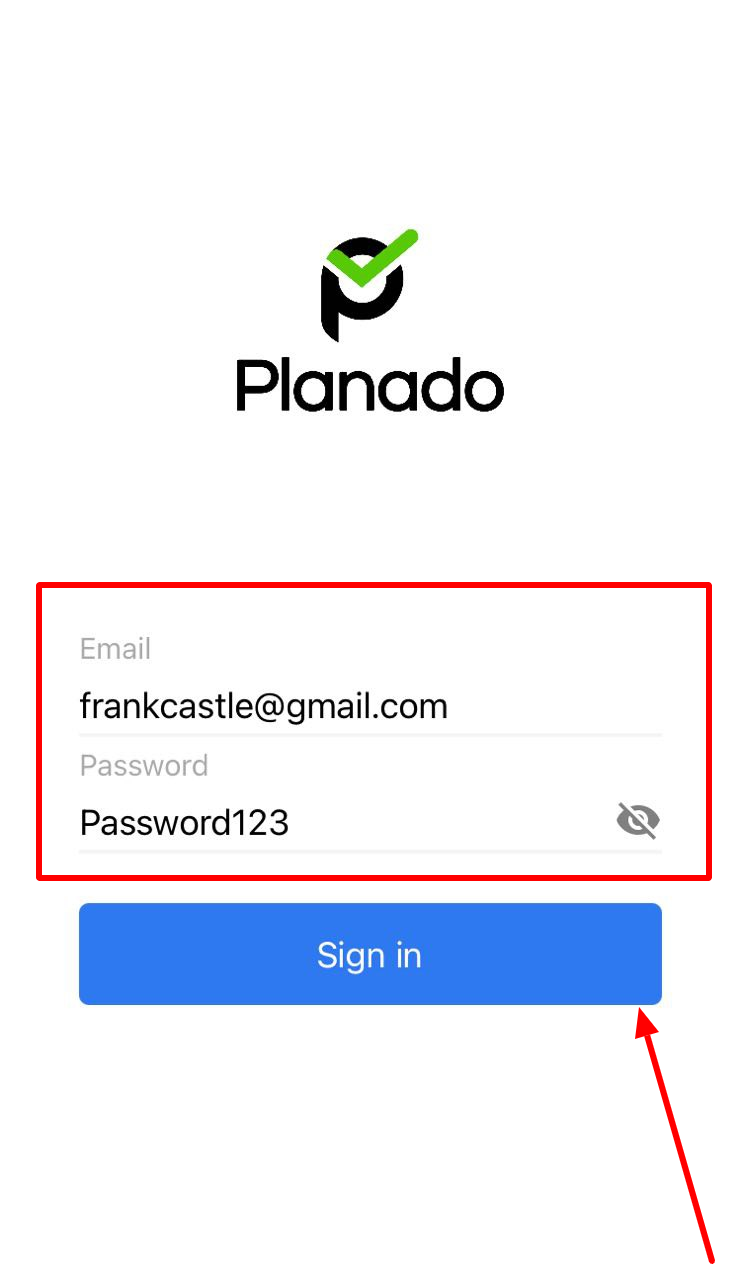 Worker's location cannot be detected or can be detected incorrectly if a phone has a defective GPS module and the worker rarely has a Wi-Fi or a mobile network connection.

You can check that the GPS module is working from the navigation app: Google Maps, Waze Navigator, etc.

If you still have issues with location on your phone or if you have questions regarding other Planado features, contact us at support@planado.app or on the support portal. You can find information about how locations are sent in the Planado knowledgebase.

Did you find it helpful? Yes No

Send feedback
Sorry we couldn't be helpful. Help us improve this article with your feedback.